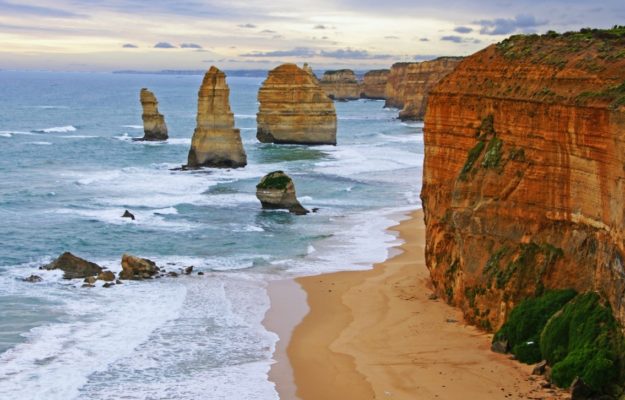 These days we have pointed out that sometimes we are too negative in the way we present Australia, or at least the challenges that we need to be ready to face. We have decided to open a sort of fixed appointment in the near future, but in the meantime we would like to emphasize that our goal in reality is to make you as competitive as possible with regard to being ready, planning, informing, Prepare mentally and be flexible and critical about what you feel around before you leave; With the sole aim of not being disturbed on arrival.

1) Insist On The Most Common:

Many people dream of living in Australia and start thinking about leaving 10 months in advance. The myth to be deflated is DEVI. English will teach you where you want, if you want to improve it a lot go to an Anglo-Saxon country of course, but that does not mean that it does not have to be one of your priorities even before it arrives. You may think that you are not taken for languages, not used to studying, too busy, etc. But the fact is that you are embarking on a personal journey that will make you discover a lot of beautiful things about yourself: that you are able to crawl into the most disparate situations that you are full of resources and that the willpower ‘ You do not miss it. In Australia you will work hard and the quality of your work will depend a lot on your English. We know guys who work 60 hours a week at $ 15 an hour without knowing a word of English. You are embarking on a fantastic journey and are investing on you. Do it all the way.

2) Second Myth to be Disappointed:

I want to go in Australia but I do not have more “ETA” for the working holiday visa, therefore I do not know the penalty. Working Holiday Visa is not the only bureaucratic tool to land in Australia. Let’s first start by explaining what it is. Working Holiday Visa is a visa that is granted to children aged between 18 and 31, with a maximum duration of one year. This type of visa is only studied for temporary jobs; in fact you cannot be employed by the same employer for more than six months. In addition, for all those who aim to extend it, it is mandatory to spend on seasonal work for at least three months, in one of the many farms in the area. So Working Holiday Visa can be a great starting point but it must be a transitory visa, and if you do not meet the requirements, there are many other alternatives. Student Visa Primer, Job Retraining, and Vet Assess (to see if your profession is beneficial to Australia) etc.

3) Find the Work of my Dreams:

Australia is definitely a land full of opportunities, but you cannot expect to break it right away. A bit of a healthy gavotte never hurts, so do not be discouraged if the first months are made humble: the right opportunity this land does not deny it to anyone.

4) Many legends also refer to dangerous animals in Australia:

Another animal does not have dangerous. In this regard, watching movies like “Mr Crocodile Dundee “has done a lot of damage: so many people are convinced that they have to deal with dangerous animals in Australia every day, such as giant snakes, sharks or crocodiles. The truth is, surely these species characterize local fauna, but just do not bump into their habitat to avoid dangers. In short, avoiding a shark or an alligator destroying us is not difficult at all: just do not break the balls. And the spiders there is nothing to do about the spiders, you are condemned.

5) Because of the High Spread of Seasonal Jobs:

Many are convinced of something far away from reality: in Australia the most population lives in the outback party, i.e. the inner and semi-desert areas of the continent that Because of the typically red colour of the ground is also called Red Centre. Another crap: The overwhelming majority of the population live in large urban centres, one among them Sydney and most of all, 85% of the population live less than 50km from the coast.

7) All Australian Population Is Of English Origin:

Australia’s information in history books tells us that this land was discovered by James Cook, an explorer of the eighteenth century of British origin. Beyond the fact that before Cook others had touched Australian soil, but this is not the point. The experience of James Cook and the spread of the English language suggest that the aviv of the local population are all British. Another disappointment: only 30% of the population comes from British descent, the remainder has oceanic and Asian origins, not to mention that native Australians are only and only Aborigines.

8) All Australian Adores The Kangaroos:

Although it is now the symbol of this land, peasants have a real aversion to these animals. This is because kangaroos can be docile, but also have a destructive effect: there are a lot of crops ruined each day by the barks of this marsupial. Moreover, when Massimo Lopez had devised the character of the Cangurotto, always ready to give up mocking and kicking, something had to be inspired.

This cute little animal comes to the ring called often a small bear but is actually a marsupial. We are sure that this will not take away anything from his innate tenderness.

10) The Last Myth to Be the Most Dangerous:

Is the protested earth of today, if he have had made in over, I can be wrapped also. Many leave for Australia convinced of this. The conviction of their own means can be a good thing, but it should not be the only spring to shoot. For a whole variety of reasons, not all those who go to Australia can really get lucky. For this reason, without wanting to diminish the capabilities of anyone, it is advisable to start thinking in mind what can be called a “Plan B”.

Yousuf A. Raza is a content strategist and digital marketing expert at Dream World Travel, Ltd. He helps his clients to get better visibility online through digital marketing. You can reach him at Facebook & Twitter.