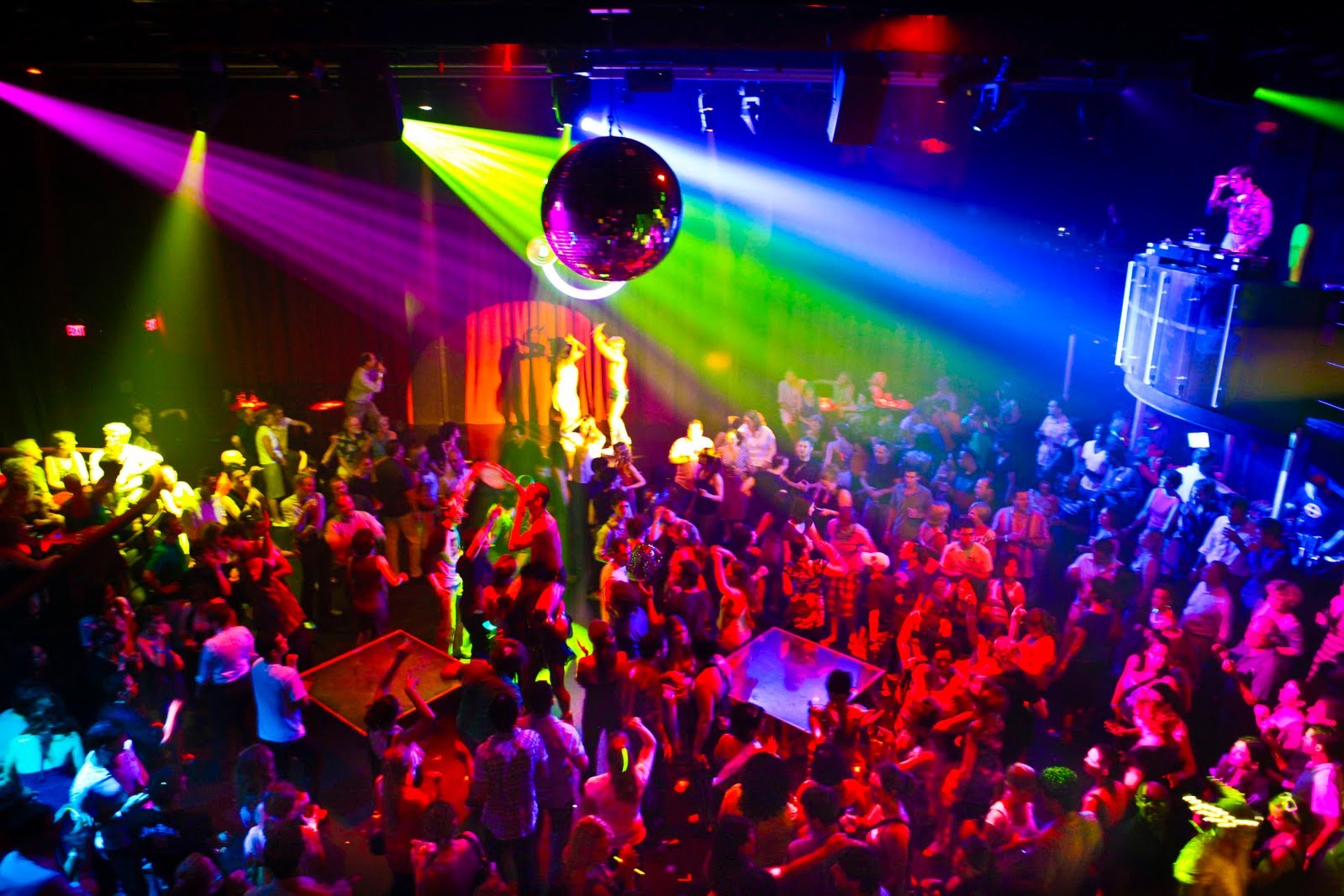 The Hangover Part 2 is 2011’s comedy hit. The sequel puts the Wolf Pack (Phil, Stu and Alan) in one of the naughtiest nightlife destinations in the world, the red light districts of Bangkok.

And Bangkok’s exotic locations and raunchy red light districts is a fitting setting for the guy’s adventure into the ultimate sin city. With so many people watching the movie it’s no surprise that men will plan trips to explore Bangkok themselves and see if the city’s nightlife is as crazy as the movie portrays it. So most people are wondering where did the guys in Hangover 2 visit in Bangkok. Which go go bars or red light districts did the Wolf pack visit in a drug induced haze? Though a trip to Bangkok’s red light district would definitely be more interesting if there is a real Alan or Mr. Chow in your party. Or hopefully not.

Planning a trip to Bangkok for a bachelor party is of course not as dangerous though. With a few simple planning ahead of time you can have an unforgettable bachelor party in Bangkok without mixing up with ladyboys as Stu did. Who can forget that scene? It was one of the funniest points in the movie.

Planning a bachelor in Bangkok these days is very easy since it is a tourist friendly destination with plenty of English signs in central Bangkok. Normally flight to Thailand cost around $2500 to $3000 USD if you’re flying from the east coast of the United States. But you can get cheap tickets to Bangkok by using wholesalers such as CheapOair.com.

The cost of Thailand’s hotels and food cost are lower compared to the US and Europe. So you can really save a lot of money and spend it on a wild bachelor party in go go bars and clubs. For cheaper hotel rates in Bangkok I use Agoda.com because the specialize in hotels in the Asian market. And since they have an office in Bangkok they are easily the best source for discounted hotels in Bangkok.

Where the movie starts off:
The Lebua at State Tower Hotel Bangkok

Just like the first Hangover movie the scene starts off with Phil on a cell phone explaining how badly things have gone in a few words. That scene was filmed at one of Bangkok’s premiere luxury hotels, the Lebua at State Tower Hotel Bangkok, or simply the Lebua. This is a 4 star luxury hotel near Bangkok’s famed Chao Phraya River. The Lebua Hotel is also a great place to stay if you want to have a bachelor party in Bangkok. The closest red light district to the Lebua is Patpong red light district, which is a 30 minute walk.

But if you’re traveling as a group of guys in a bachelor party then it’s best to spring for a taxi which fits 4 people. Even with traffic it should only cost about Baht 60 or close to $2 USD, but be warned, car traffic is horrendous at night.. The quickest way to Patpong red light district is by Tuk Tuk, a 3 wheeled vehicle that weaves through congested traffic and it’ll cost a bit more if you don’t bargain and it’s not air conditioned.

The Lebua Bangkok hotel is also close to a Sky Train station that can take you to the other red light districts called Nana and Soi Cowboy.

In the Hangover 2 the guys had to piece together a night that they could not for the life of them remember after eating powerful prescription drug tainted marshmallows courtesy of Alan. The situation was especially dire when Stu’s soon-to-be young brother in law goes missing after a night of wild partying. So just like the original film they start piecing together small clues.

In a flashback scene they were causing trouble in Soi Cowboy red light district. It’s a very small area, just one short narrow lane but it’s packed with a lot of go go bars, most notably Long Gun and Cowboys. Though none of the guys were ever filmed inside. But it’s easy to recognize the Soi Cowboy because of it’s size and very pink neon lights all across the go go bars.

Soi Cowboy is located near the intersection of Sukhumvit and Asoke road. It is a very busy area and a heavily traveled by foreigners. You can easily get to Soi Cowboy by taxi or taking the MRT underground train to Sukhumvit station or the BTS Sky Train to Asoke station.

At first it seemed like the guys only visited Soi Cowboy. But during the end credits where detailed pictures of there hazy whereabouts proved that they were in Patpong’s red light district. The proof is in the pictures showing them in a bar where Thai bar girls would launch ping pong balls out of their vaginas.

Patpong is the only red light district in Bangkok with ping pong ball and sex shows. All bars operating with sex shows are found along Patpong Soi 2, which is the main strip filled with go go bars, restaurants and pubs. Here is where you can find a map of Patpong red light district. Ping pong ball shows are all on the 2nd floor and there are plenty of touts to take you there. Touts are usually holding a menu card displaying the types of shows as well as cost. Make sure you find out exactly how much you will be paying before considering following a tout.

There are also scenes and photos where Stu was caught up with ladyboys (transvestites). The only red light districts with employing lady boys are in Patpong and Nana Entertainment Plaza. I’m guessing guys in Hangover were in King’s Castle 3, which is an all ladyboy go go bar in Patpong. There are 2 other King’s Castle go go bars on Patpong 2 and have a mix of real bar girls and ladyboys.

Patpong is not far from Soi Cowboy but you can get to Patpong by hopping on the MRT underground train station on Sukhumvit to Silom station, which is just a few minutes walk to Patpong. The train ride should take around 10 minutes.

Bachelor Party – Bangkok Style:
What to do in Bangkok’s Infamous Nightlife

Prostitution is illegal in Thailand, however the law is might as well been written in pencil as it’s easily erased in the eyes of law enforcement. Now I’m not condoning that the groom should sow his oats before his wedding by the way. But Bangkok is Bangkok.
You can hire girls working in go go bars to perform strip shows in your hotel rooms with no actual sex involved for innocent fun. But remember that any ladies you take out of a go go bar you must pay a bar fine. Depending on the go go bar a bar fine costs either Baht 500 or Baht 600. Go go bars with girls in the “Coyote” (younger and prettier dancers) category can cost Baht 600 – Baht 1200 or a bit more.

Remember, a bar fine is just the price for taking the lady out of a bar. Whatever your bachelor party wants afterwards must be negotiated. So you will have to pay extra for a basic strip show back at your hotel room. Go go bars are a great place to enjoy a guys night out so it’s not really necessary to bring a bar girl back, unless you want to give the groom a private strip show back at his room.

If that’s the plan than the bachelor crew should stay at a hotel near the red light districts. And there are many high quality hotels near Bangkok’s go go bars. But if your bachelor party is on a budget it’s best to stay at a hotel in a girl friendly hotel in Bangkok. These are hotels that will not charge a guest for inviting a lady to a room with no extra charge. Don’t worry because even though a hotel has a guest friendly policy, they are still high quality hotels with all types of guests, from business travelers to leisure tourists staying at these hotels.

Now lets say you want to invite 2 or even 3 bar girls to perform a strip tease. There are 2 hotels in Nana red light district that allow a bachelor party to get away with that. The Landmark and JW Marriott hotel are just a few minutes away from Nana Entertainment Plaza and a 15 minute walk to Soi Cowboy. Both are excellent quality hotels so try and be discreet.

Finally keep in mind that girl friendly hotels require bar girls to leave their Thai I.D. cards with security. This is done to ensure that their guests are safe and won’t fall into any hijinks and have their own personal hangover experience.