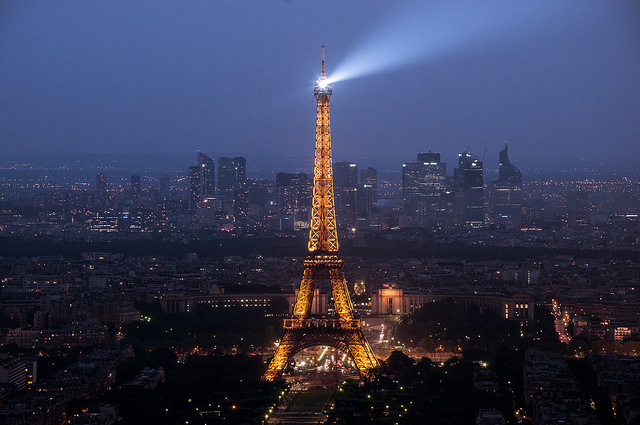 France has long been the destination of international travelers, from the romantic to the educated to the vagabond, and that hasn’t changed much today. While France continues to enjoy the peace and prosperity that much of the rest of Europe has experienced in the postwar years, it has managed to build upon an already considerable cultural heritage to create a truly incredible tourist destination. In fact, every city and every region in France has something to offer to the international traveler, whether it is culture, food and wine, the arts, or entertainment. Let us also not forget the importance of rest and relaxation on a vacation, something France has plenty of opportunities for you to enjoy!

The city in which the opening scenes of the Count of Monte Cristo is set, Marseille has long been one of Europe’s oldest and most well-known city, as well as France’s second largest city. As a major seaport along the Mediterranean, located on the southeast cost of France, Marseille has served as a gateway between France and the rest of the Mediterranean world, a world which has played cradle to some of the great civilizations of the past. Marseille’s beautiful, almost tropic climate, combined with incredible Roman ruins and the architecture of several centuries layered upon itself, Marseille as a city that is both alive and bustling as well as echoing its history is open for you to truly explore and enjoy.

Cannes is well-known for its film festival, an event that attracts international attention and which makes and breaks the reputation and careers of filmmakers and studios across the world. However, there is more to Cannes than the film festival; it has evolved, over the years, into a beautiful and luxurious city rife with resorts and other vacation-friendly amenities, all complimented by the beautiful Mediterranean climate that accompanies the city.

Nice is another beautiful coastal town – we seem to be focusing quite a bit on France’s coast cities! – that enjoys some of the most incredible beaches in the world, along with some wonderful Mediterranean weather in which to actually enjoy those beaches! Nice also sports some great shopping locations, as well as several seaside resorts that a vacationer who is tired of hoofing it across Europe and France can take some time to truly rest and relax in. You would be surprised what a weekend in Nice will do for you!

And then, of course, there is Paris. What can be said of Paris that hasn’t already been said? Well, not much, really, but then – much like with the artists who have called Paris their home over the centuries – it is our job to “make it new” for you! Understand that few cities attract quite as many visitors as the 45 million that Paris sees every year, and this is all for good reason. Called the City of Lights, the City of Love, and the Capital of Fashion, Paris offers some of the finest food, the best shopping, the most interesting cultural hubs, and more, in all the world. You simply haven’t traveled abroad, and you haven’t been to France, until you have been to Paris and lived there for at least a brief span of time.

There are more cities in France, of course, but whether you are a connoisseur of culture and are looking to take in the works of Monet and Lalique, or you are a gastronomic adventurer and France has always been your dream, you can’t miss these beautiful, relaxing, enriching metropolises!

+DJL Lalique is the forum of David Weinstein, a seasoned world traveler and a lover of the artwork of Rene Lalique. He blogs about Lalique’s art on his website.